We arrived at the job site shortly after 8 am to find that the water on the ground was frozen.  The cold was also evident from the icicles I occasionally found hanging on the end of my beard.

We continued with the work on the deck: 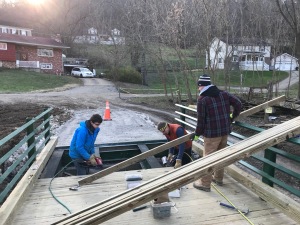 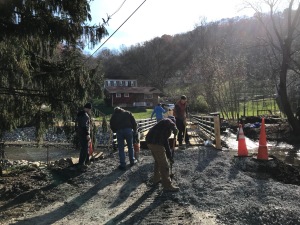 When we had 6 boards left to nail, we nailed together the last 2 boards and placed them at the house end of the deck.  We nailed the other four boards together and then ‘ squeezed ‘ them between the main deck and the last 2 boards using a sledge hammer.  It took a lot of effort but we were finally able to persuade the boards to squeeze between the existing boards and then we nailed them from underneath the deck. 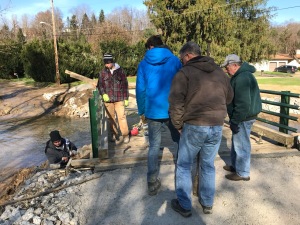 We had finished all but a few minor jobs by 12:30 pm and since we needed to check out of the hotel by 1 pm, Roger, Spencer, Braeden, Justing Bernie and I returned to the hotel, showered, packed and checked out at 1 pm.

We then drove back to the job site for a group picture .   One of the nearby home owner’s grandson, fastened one of the reflectors at the end of the bridge as a form of dedication. 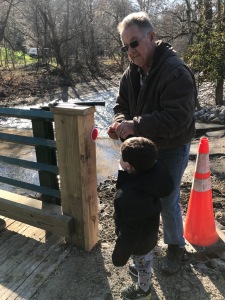 Don then drove one of the MDS vehicles onto the deck, we took a group picture and then said our good-byes. 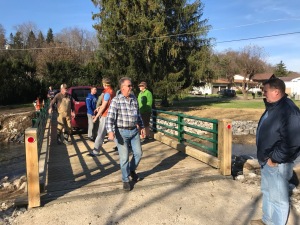 We were all tired and a bit stiff and sore from using muscles that had been hibernating for the bulk of the year.   Most likely, the young fellows will bounce back quickly, but I’m sure that my body will complain a little longer even with some rest and possibly a much appreciated massage.

With a sense of accomplishment at having finished the bridge, we left Moundsville at 1:30 pm and drove back home.  We arrived at the border just before 7:30 pm; having stopped for something to eat along the way.  After dropping everyone at their homes,  I arrived at home shortly after 8 pm.

” What good is it, my brothers, if someone says he has faith but does not have works? Can that faith save him?  If a brother or sister is poorly clothed and lacking in daily food,  and one of you says to them, “Go in peace, be warmed and filled,” without giving them the things needed for the body, what good is that?  So also faith by itself, if it does not have works, is dead. “

It was a few degrees below freezing when we left to go to the job site, but we were determined to get as much done as we could. 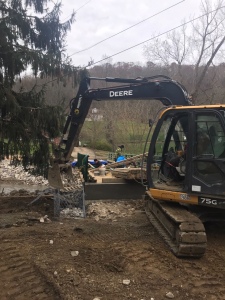 During the day the volunteers took turns doing the different jobs.   Although Don is the site director, he doesn’t shy away from work. 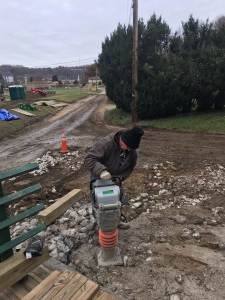 There was a lot of tamping to be done on the ramps because the ground was soft and wet, so Bernie and Spencer assisted Don. 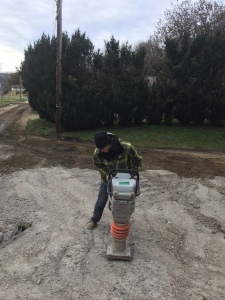 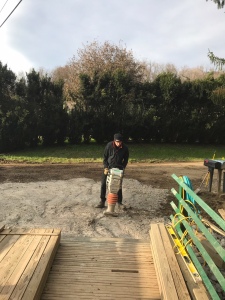 Roger installed the final bolts on the railing supports and in few situations he had to burn out some of the holes for the bolts.   For a few of the bolts, he placed a step ladder in the creek in order to reach them. 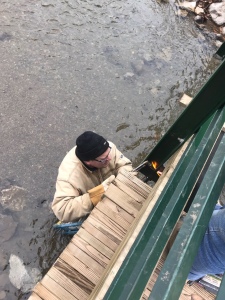 Spencer, Bernie, Roger and I worked on nailing the deck boards on the bridge. 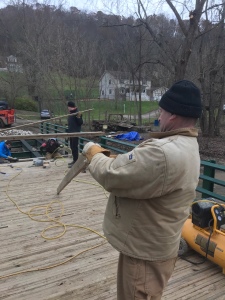 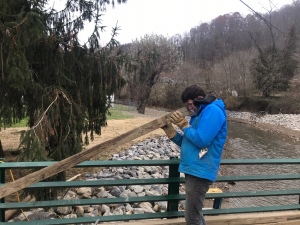 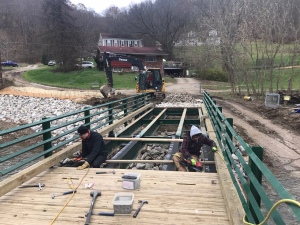 It was Thanksgiving and most of the restaurants were, closed but the “ Huddle House “ was open so we went there for lunch.   One of their specialties was the deep fried Oreo cookies that the young folks liked. 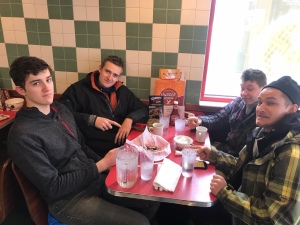 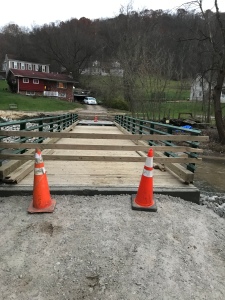 We are hoping to be finish the bridge by noon on Friday.  After that we will clean up the job site and the trucks before heading back to the hotel to shower and pack for the ride back home.