It was meant to be, at least that’s the way I see it.   I have often told people that in one way I’m like the Grizzly bear, if you know what I’m going to do next, you know more than I do.

I had been looking to serve with Mennonite Disaster Service ( MDS ) in March or April, possibly in Puerto Rico or Florida.   I was hoping some of the young adults who had accompanied me to West Virginia last November might be able to join me, but I knew that was a long shot because of school and work.

I had been thinking about this during the last few days in Africa and as we arrived at the airport in Toronto on Sunday morning, I activated my phone’s data plan, only to receive an email sent on Saturday evening requesting assistance in Saipan.    As some people recall, I went to Saipan in 2016 to help rebui ld after a typhoon ( a typhoon is the same as a hurricane.   The difference is that it only occurs in the Northwest Pacific ) created significant damage to the homes on the Island and I journaled my daily experiences at that time ( https://ralfhamm.wordpress.com/category/saipan-2016/ ).  I took this as a sign that I should volunteer to go.

As we started to drive home from the airport, I sent a reply to Roger Sharp, the new Region 4 Board Chair, informing him that I was available and interested in helping out.   The need was for the first 4 weeks, starting on March 11 and volunteers were required to stay a minimum of 2 weeks.

By Tuesday I received confirmation that I had been booked for 3 weeks with an option to stay 4 weeks, if there was an urgent need to get my border crossing papers and flight itinerary in order so that I could leave on March 8th.  I am currently scheduled to return on March 30, but I could stay until April 7.

Below is the FEMA information that was sent to me:

Saipan is one of the larger Islands that is part of the Commonwealth of North Mariana Islands of the United States. 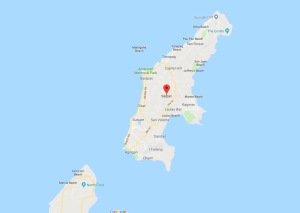 The Commonwealth of the Northern Mariana Islands (CNMI) forms a chain of 14 volcanic islands: Agrihan, Alamagan, Anatahan, Asuncion, Farallon De Medinilla, Farallon De Pajaros (Uracas), Guguan, Maug (three islands), Pagan, Rota, Saipan, Sarigan and Tinian, stretching over 375 miles north to south, with a land area of 181 square miles. Although Guam is technically part of the geographic grouping of the Northern Mariana Islands; it is not part of the Commonwealth. 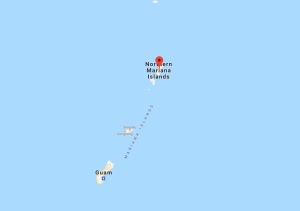 The CNMI is a commonwealth in political union with the U.S. While there are 14 islands in CNMI, there are three major inhabited islands: Saipan, Tinian, and Rota. Most residents live on Saipan.

The standard time in the CNMI is Chamorro Standard Time (ChST), ten hours in advance of Greenwich (GMT + 10). The International Date Line is between Hawaii and the Marianas. Daylight Savings Time is not utilized in the CNMI since there is little variation in the length of daylight hours between the winter and summer months. Consequently, Monday 6 PM EDT is Tuesday, 8 AM in CNMI. Telephone communication from the U.S. west coast & Hawaii, when conducted during normal business hours and workdays can only take place 4 days a week, Monday-Thursday in the U.S. (Tuesday-Friday in the CNMI).

English is the official language, though Chamorro (related to Indonesian) and Carolinian are the native tongues and are widely spoken. You will hear Japanese in most hotels and some shops. Hafa adai (Hah-fuh-day) is the standard greeting, though the slang term “howzit” is becoming nearly as common. Many other languages are spoken due to the tourism and worker population, as well. Shaking hands is an appropriate way to greet people, and bowing the head is a respectful gesture to greet the elderly.

CLIMATE – The climate is tropical marine, hot and humid. The Marianas enjoy a tropical oceanic climate characterized by relatively high and uniform temperatures. The seasonal variation in mean monthly temperature is less than 3.5 degrees Fahrenheit. The sun shines year round, except for the rainy season, and humidity is very high, with monthly averages between 79 and 86 percent, but fresh breezes provide a measure of comfortable relief. The months of greatest humidity are July to November.

2 thoughts on “A New Opportunity”